Progress of the Warmaster Undead

This weekend I have a game of Warmaster organised. The plan is 2000 points, of which I'm going to play Undead. However, a few others are interested in playing as well, so I've prepped a 1000pt Dwarf force, and a 1000pt Chaos army.

The Chaos were a recent purchase, from a firesale at this year's Call to Arms convention. Working on getting them up to scratch as well, but mainly been working on the Undead so far. Here are some progress pictures.

I started with a few units of archers, and tested a new painting style. Previous units were done by drybrushing bone over brown, and painting the weapons, hoods, cloaks, and instruments a leather colour, and then doing a brown wash over them. After that, I'd put a matte varnish.

Some time ago, however, I got hold of a tin of Army Painter's quickshade lacquer. The darkshade version. Did a test of an infantry stand of undead and they came out great. Now I just paint the whole thing bone colour, touch up the weapons and instruments with brown, silver, and so on, rocks and stonework grey, and then coat the whole thing in quickshade. It's like magic. They do have a gloss appearance, which I'm not fussed over at the moment. Maybe it'll offend me later, and I'll do a dullcote over it. But at the moment, they're fine. And that lacquer seems much more protective than the crap I was using before.

So first off, here's a close up of the finished archers. 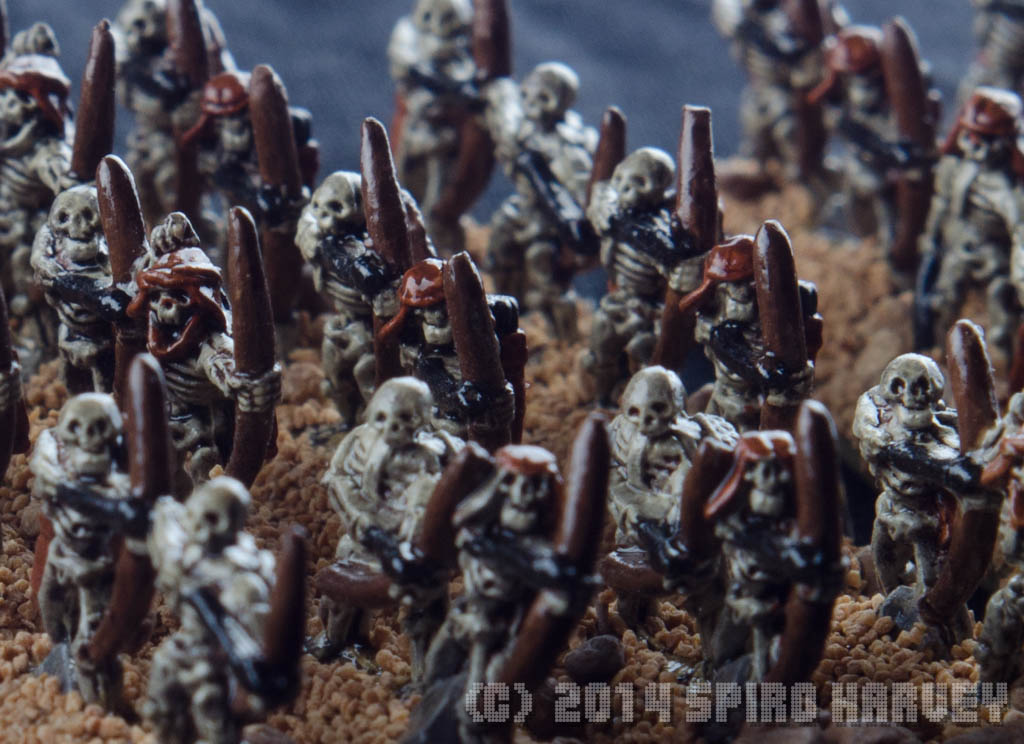 I've coated the base on a couple of stands in quickshade as well as a test, and to hold the basing material in, but it turned out a bit dark. I guess I'll try something else for the other stands or just give it a light brown drybrush and see how that looks. But I think the flock grains are a bit too big for this size miniature.

Anyway, here are the rest of the progress pictures. I'll post up more when they're all done. 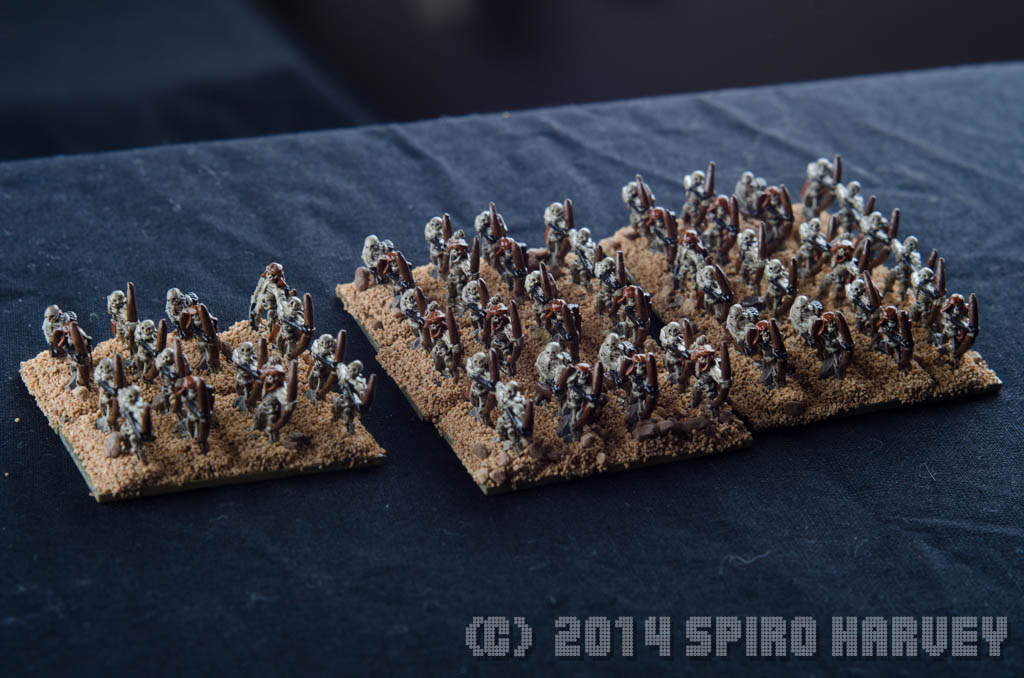 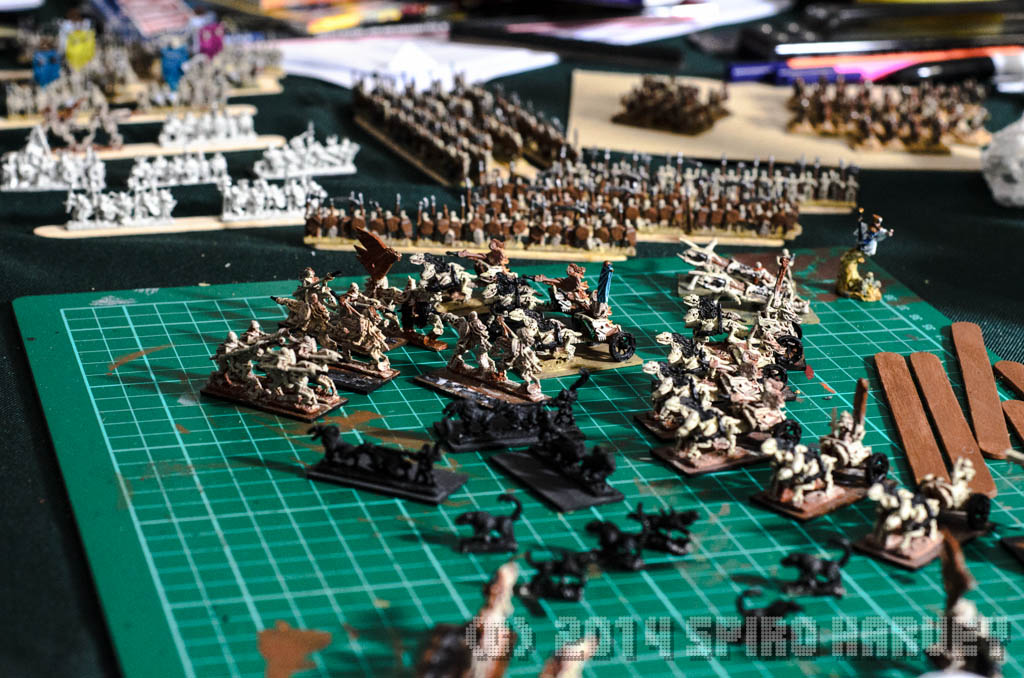 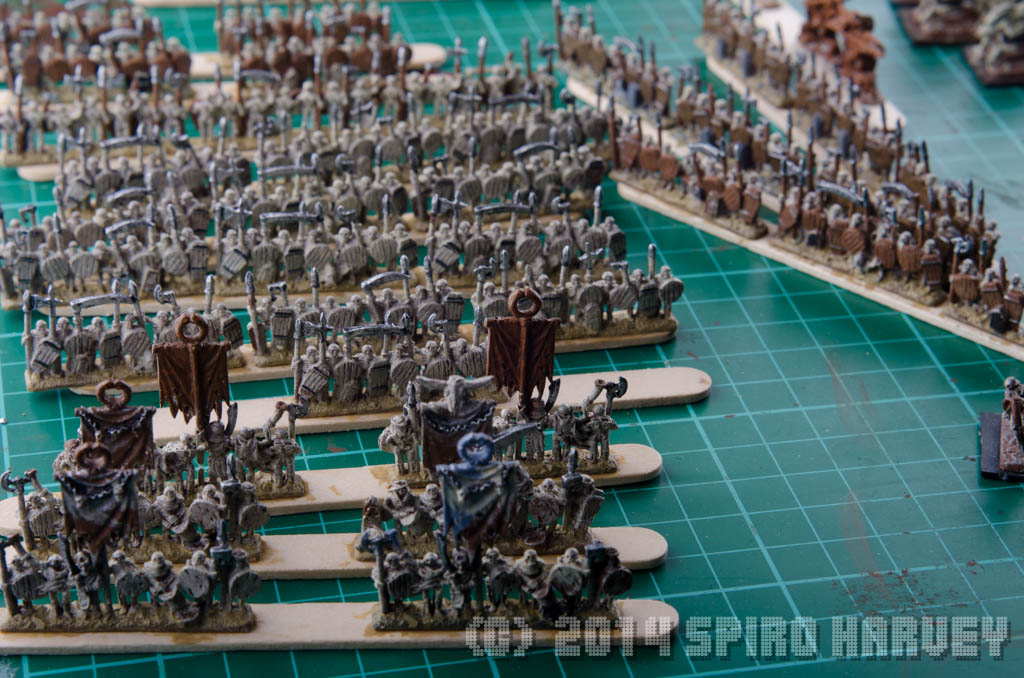 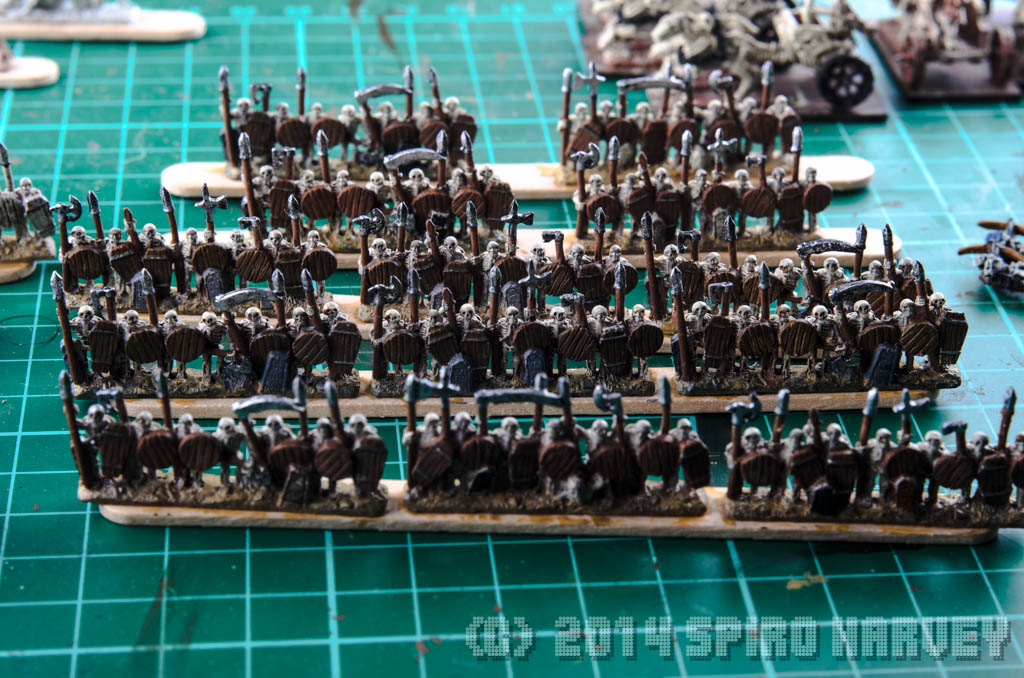 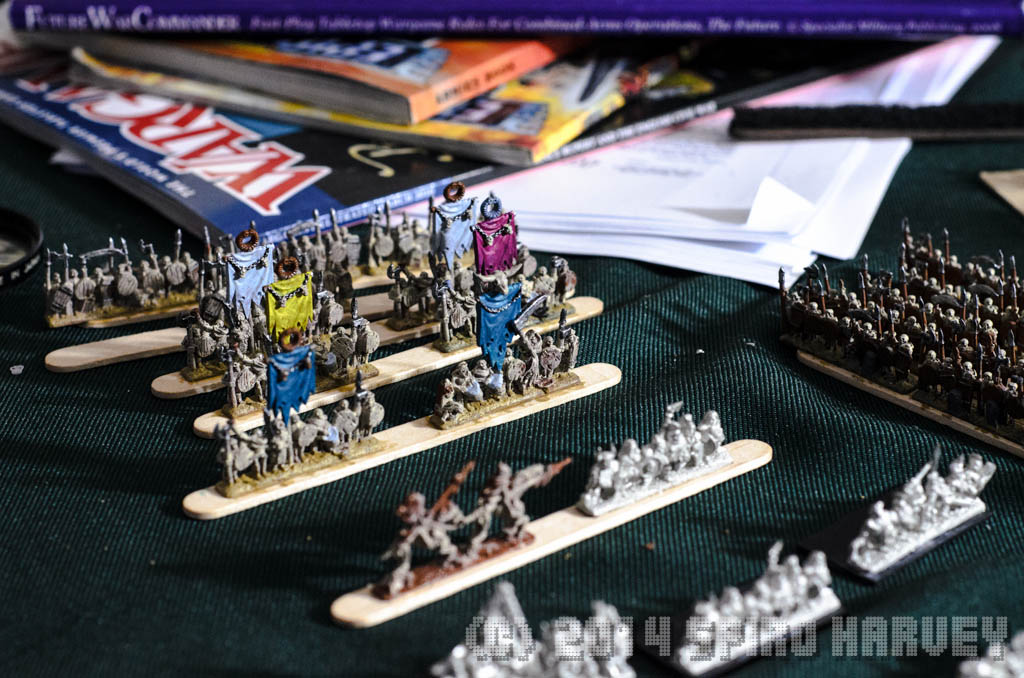 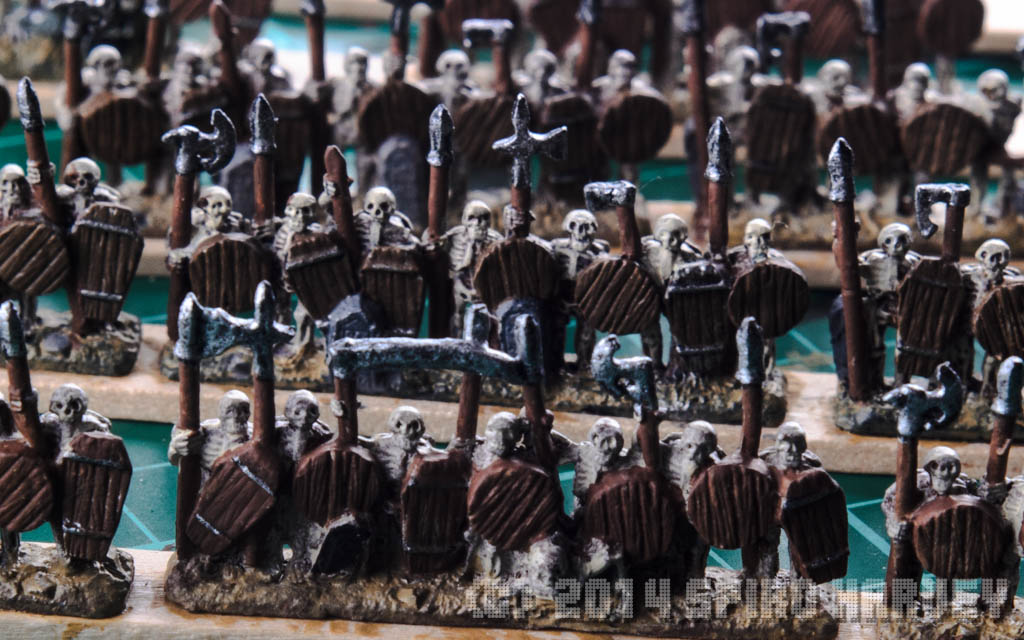