When was the last time I played Warmaster?

It's been far too long since my last game of Warmaster. Looking at the posts on here, the last one I talked about was just over a year ago! Has it been that long? I'm really not sure. Sometimes time flies. Sometimes we plan on playing games, and may even get to pulling all our figures out, and then just start talking and lose track of time.

Surely I've played since then. No idea to be honest. But Dave and I spoke about it over the last few weeks, and he's moving back to his hometown in a couple of weeks, so we decided to try harder this time. Plus, he painted some Empire knights specially. If you look closely at the minis, he actually hadn't finished painting a full 1000 point force, so he used some of my Dwarfs as stand-ins.

It was nice actually, because we're usually playing Warmaster Undead vs Undead, so this was a pleasant change. Although, we had to try and remember (and find them in the rulebook) the terror rules because we'd been so used to ignoring them before. :)

I didn't take any notes of the game, so this isn't a battle report, but I took pictures of notable points in the game. Warning this is very image heavy.

First, the precursor, pulling out some (yes this isn't all of them) of my Undead before I prepped the table. 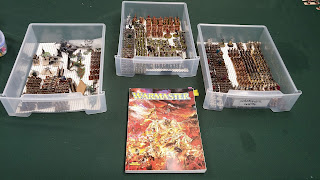 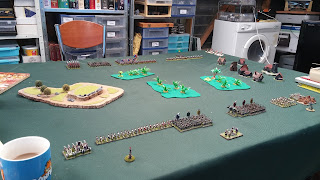 The table set up. Undead this side of the table, and Dave with Empire opposite. 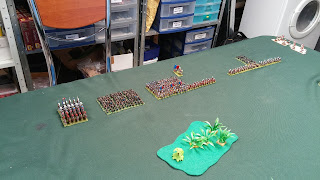 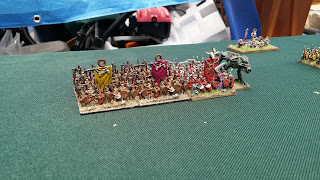 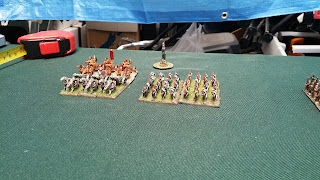 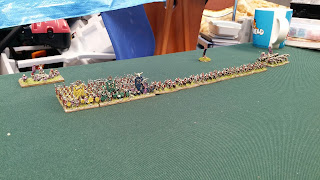 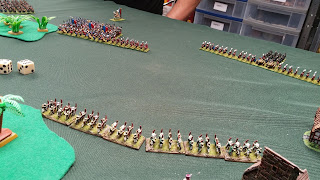 Getting some of my archers ready. 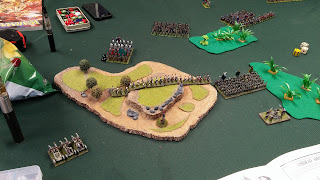 And more archers on the hill as I send a unit of chariots around one flank. 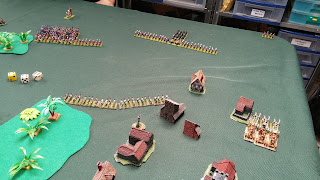 And two more units of chariots around the other flank, through the town. 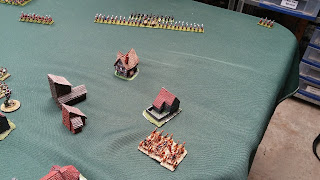 Oops. Took some cannon fire, and retreated off the table. 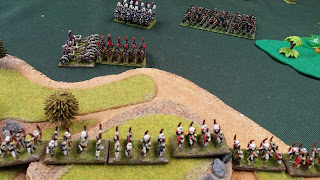 My chariots charge in as the archers prepare to move up to shoot the Empire unit behind. 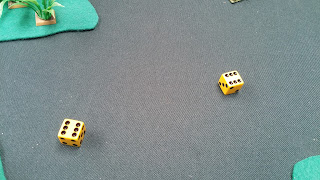 But I roll a blunder. 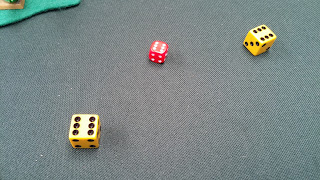 Oh crap, and I get a 6 on the blunder table. 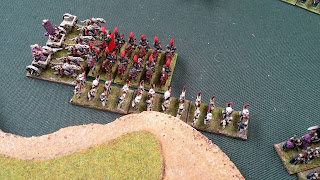 My archers got very excitable and charged into the combat. I really didn't want that. 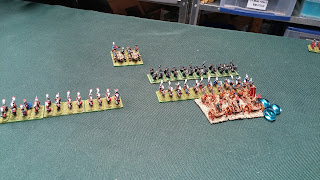 One of my flanking chariot units got in on the action. 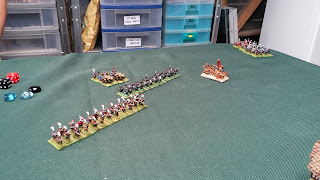 And managed to wipe out their opponents...just. 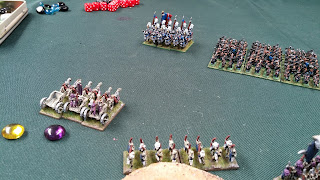 Well, my archers survived this combat. 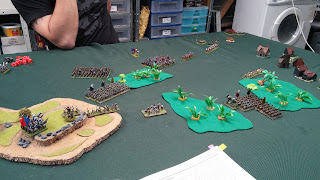 Ah hang on, spoke too soon. The knights wiped everyone out (and the chariots)... 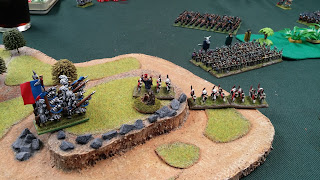 And came up at my other archer unit. 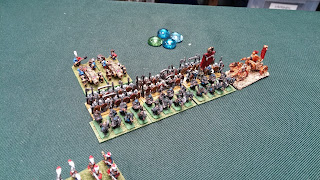 Here's one of my chariots flanking one of the Empire halberdiers looking awfully like dwarfs. Don't hold that against them. And in behind them with the sandy bases is a unit of raised skeleton warriors. They really come in handy sometimes. Especially when the liche priests are able to summon them on any side. 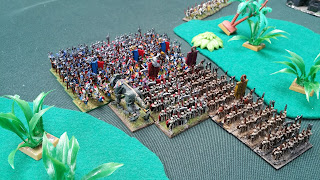 This got interesting. The Empire charged the Tomb Kings, including the Sphinx, before the Sphinx charged them. 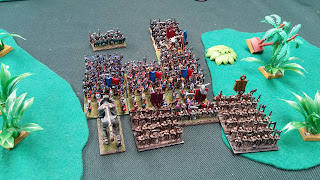 I moved in one of my lone infantry stands to block their retreat. And see that sandy based unit of skeleton warriors?

Yup, that's another raised unit. Oh look at that, it's the Empire's general back there. teehee. 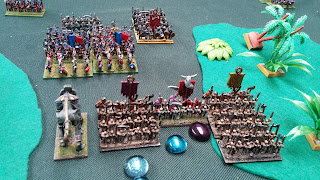 And it worked a treat. Unit in between destroyed. Unfortunately for Dave, the loss of the general as his only command unit meant the rest of his lads packed up and went home. 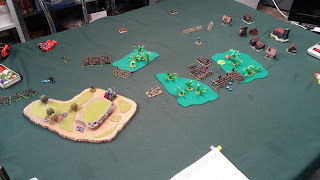 This is the lay of the land at the end of the battle.

I love Warmaster so much.

Over the Christmas break, I will try and finish the Chaos Warmaster minis I picked up at a con last year and hopefully rope in someone else to play with the Undead or the Dwarfs. Tune in for painting and gaming updates on that too.

BTW - if you like my blog please subscribe using Google Friend Connect in the sidebar. Even if you don't use the Blogger login to read this site or if you use an RSS reader, subscribing gives me a good indication of how many people love my blog and read it regularly.