First game of Stargrave--and it was fantastic!

Today I went back to the local wargaming club--Wellington Warlords--and had the pleasure of being shown the Stargrave ropes by John, from over at The Daemon's Claw blog.

And because Stargrave is the sort of sci-fi skirmish game that allows us to play with whatever toys we want, we played it with Judge Dredd minis. I played a crew of Mega-city One Judges, and John played a crew of Sov Judges.

My crew lined up at the table edge: 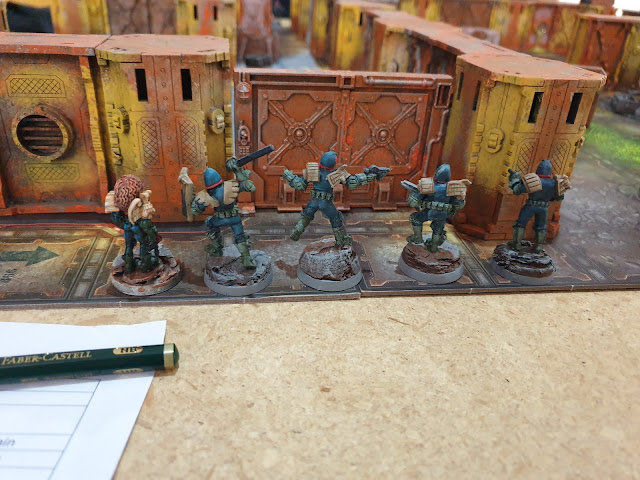 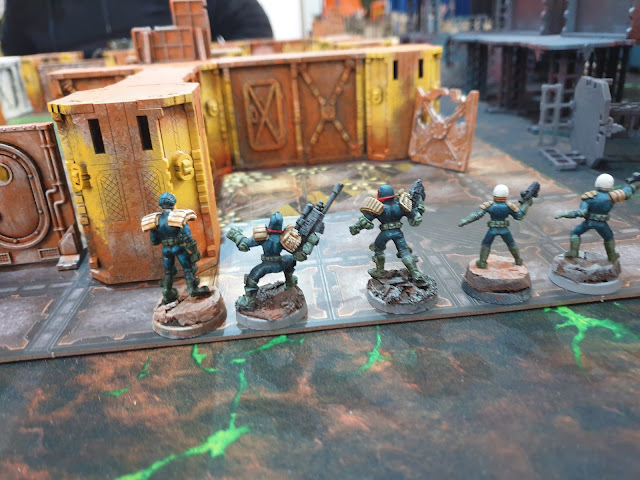 This is the board after deployment: 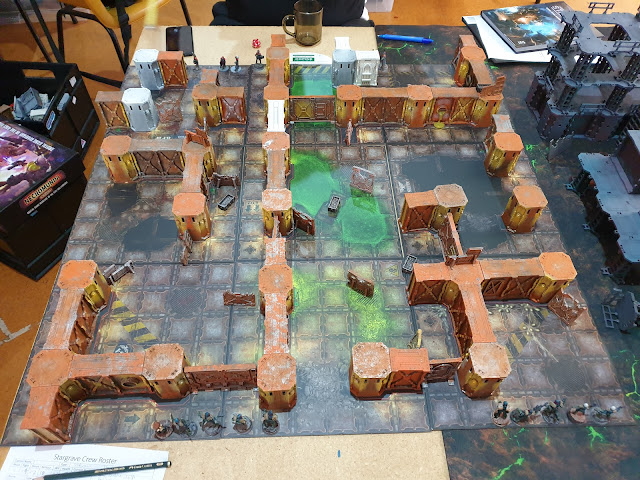 I'm not going to do a battle report because I didn't write down what was going on, plus it's possible that John may post one on his blog, and his are always very good.

So a few random pics.

As mentioned in a previous blog, I've ordered Stargrave and Quarantine 37, so looking forward to those showing up. And I'll be going through my collection of 30mm sci-fi minis to see what I can muster for a crew of my own figures.

This is probably for sure going to replace Necromunda for me.